This is story of Lola and me. The beer, named after a cat, has gone through a lot of changes before it reaching it’s current state, accompanying burgers all over Wellington. 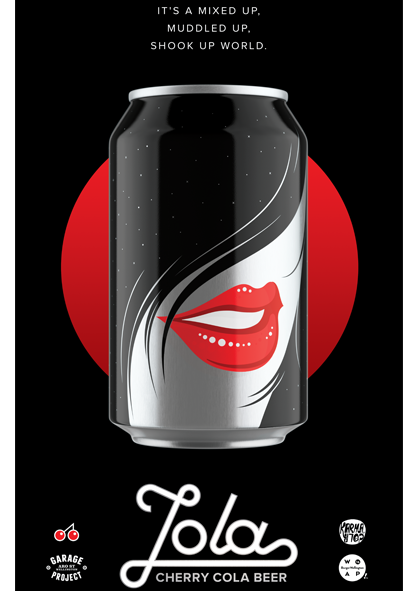 Beervana used to have something called “media brews”. This was where members of the media were paired up with brewers to create a special beer for the festival as part of a “friendly” competition.

In my second year I was teamed with a still relatively new brewery called Garage Project. This was a Garage Project hot off their 24 beers in 24 weeks and in the middle of their first expansion. They were also, like me, looking to bounce back after their media brew the previous year had come in second to last. As such they were stoked to be paired with me, whose beer was the only one they had beaten.

At this point I turn the story over to past-me, as I wrote it up at the time. Let’s travel back to 2012:

… we started exchanging ideas and brainstorming. In his first email to me about the brew, Pete Gillespie, GP’s head brewer, said “Nothing too experimental though”. This from the brewer who made a Rum & Raisin Triple and was entering a carrot cake beer into the Brewer’s Guild awards.

I walked into the brewery with its big new stainless steel equipment on the first day with a number of ideas. Some definitely in the “too experimental” zone. A friend of mine works in media at the zoo and I had enquired if there was anything edible that we could use from there. Porcupine quills and ostrich eggs were offered and when I mentioned them I saw fire in Pete’s eyes.

It is amazing to watch a brewer in creation mode. With a brewer like Pete, you can see the ingredients and flavours whizzing around his head making connections or being rejected. Sadly the zoo idea was one of the rejects; while initially exciting there was no way to make it work.

I want to interrupt myself here to point out that Garage Project are sponges. Everything you say to Ian, Pete or Jos stays with them, they absorb it all. And while I am 100% confident that GP’s 2015 Wellington Zoo beer happened with absolutely no influence from me, I just know that inside Pete’s brain is a file with every conversation he’s ever had where the creative spark has fired. Keeping them saved up for when he needs new ideas.

Back to the story!

I got talking about the impending brew with Joseph Slater from Six Barrel Soda. That when I realised we had to get these two great brewers together: soda and beer. After settling on the kola nut we thought that the syrup might be enough, added to the end of the ferment of a black lager (a dunkel in this case), but then Pete started asking Joe about what ingredients went into the soda syrup. Ground kola nut obviously, but also orange and lemon powder and cinnamon. All of this would end up in the boil along with some fresh lemon and orange zest.

Into the boil we added the dried ingredients. I was surprised how it took the addition of the cinnamon and citrus before it really started to smell like a cola. We used nice citrusy hops too (whose names escape me now). When we tasted the wort, pre-fermented beer straight from the kettle, it tasted like …really sour, disgusting, Horlicks. Pete said it tasted really good and was his usual incredibly upbeat self.

When I checked back near the end of the fermentation it was much better. If you closed your eyes and smelled it, Kola Collab [which is what we called it] really was a cola. Swishing it around your mouth it was too bitter to be a soft drink like Coke, but more like Italian Chinotto with cola and cinnamon.

We came in sixth, but considering that this was the first beer I had ever physically brewed (the Croucher beer is a long story for another time), I was bloody proud.

Kola Collab made it’s way to Joe Slater’s bar Monterey in Newtown and, I believe, a keg went down to Christchurch too. And that was it, for me at least. 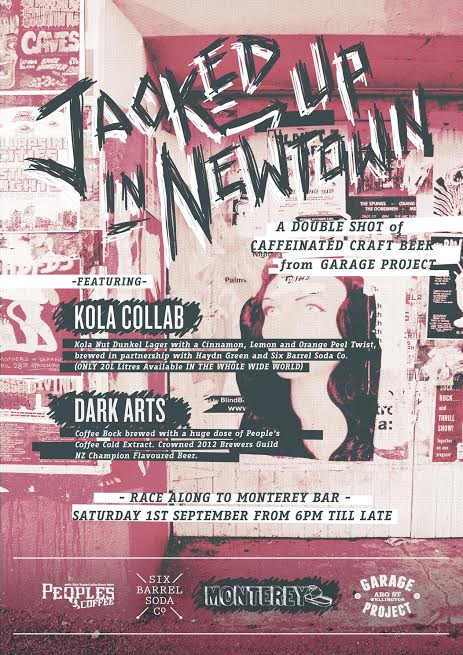 This is definitely one of our more playful beers. The base is our Bastard Rye, which had its debut at Hashi a couple of weeks ago and will appear in a number of forms over the months ahead. This particular batch was soured up and has been resting on cherries. We were having a taste of it to see how it was getting on when Jos just happened to play Lola by the Kinks, with that classic opening line.

The next thing you know our sour cherry rye is getting a dose of Six Barrel Cola syrup. The result is a bright cherry red beer with sour cherry palate and a whimsical cola finish.

Bastard Rye was named because of the pain of brewing a rye beer. The sticky glutenous mass it creates can result in a gummed up mash tun. I was present when Garage Project brewed their first rye beer, also a collaboration, Summer Sommer (you can even see my Dad in the video).

That day I interviewed Nøgne Ø’s head brewer, Kjetil Jikiun, and he told me a story of a 24 hour run-off. Standing, helpless as the wort slowly trickled out. This would be a prophetic story for Bastard Rye’s 13 hour run off.

But back to Lola. She was born as a rye blonde, aged over cherries and with a sour kick before having cola syrup added. I’m pretty sure I didn’t try this beer and Phil Cook filled me in on this part of the history, which was during his tenure in Aro St,  including his part in choosing the name Lola: after Aro Park’s iconic cat. 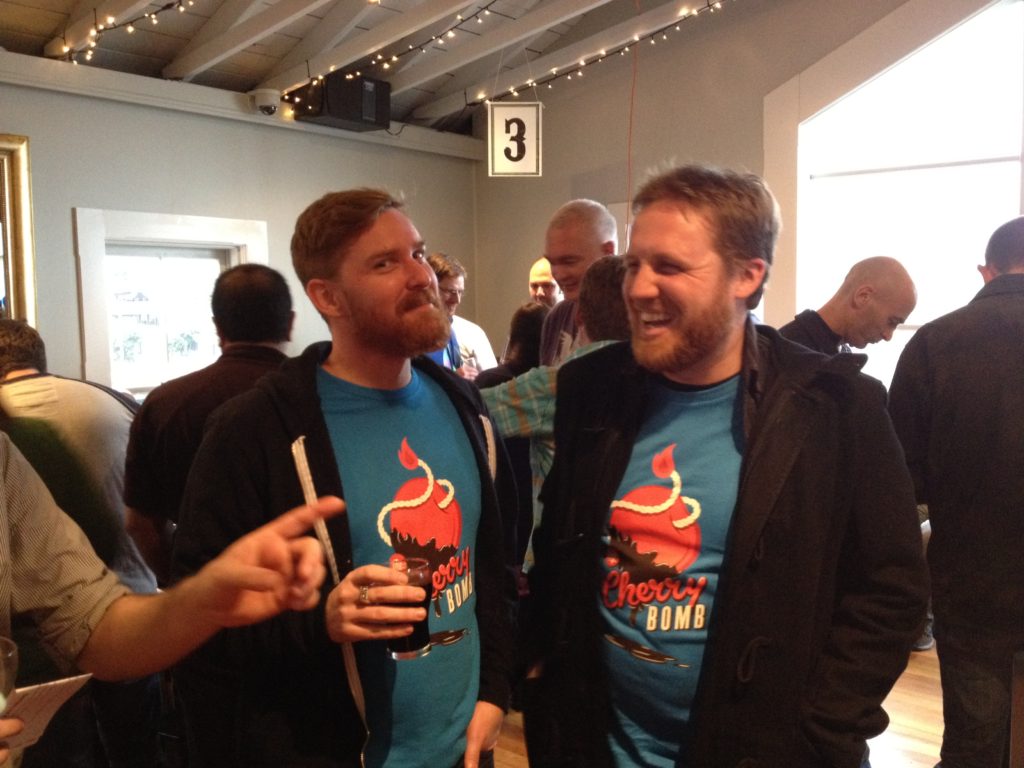 Phil and Hadyn maintain that this was a coincidence (it wasn’t). Photo credit: Tim Noble

And then Lola is lost.

The cherries remain though, and Cherry Bomb (first made earlier in 2012) becomes a seasonal success.

Flash forward to 2016, Lola is released again for Wellington on a Plate and has been going perfectly with so many Burger Welly entries. On her return Lola is now a dunkel (a black lager).

Spiked with citrus, spices, cola nuts, vanilla and whole sour cherries, the result is a rich dark brown, effervescent and refreshing brew somewhere ambiguously between beer and a classic soda.

Lola has kept the cherries from her first iteration but the base beer is now Kola Collab. Or at least a new version of Kola Collab. For example, Lola’s kola nut’s are 100% ethically sourced, fair trade, from Karma Cola.

And there we are.

I didn’t tell this story to imply that I had any influence in the creation of Lola. I told it because we often see these beers as instantly coming into existence. They don’t. there’s an initial idea often followed by a long process of experimenting, recipe writing, trial and error. And sometimes the stories are interesting.

Nothing comes fully-formed from the ether. Everything is a remix. All things are built on top of others. And this is where Lola came from. From a master brewer, a soda maker, an experiment, a happenchance, a cat and, a writer.

I won’t often do this but I really feel like I need to mention some trivia about the song Lola.